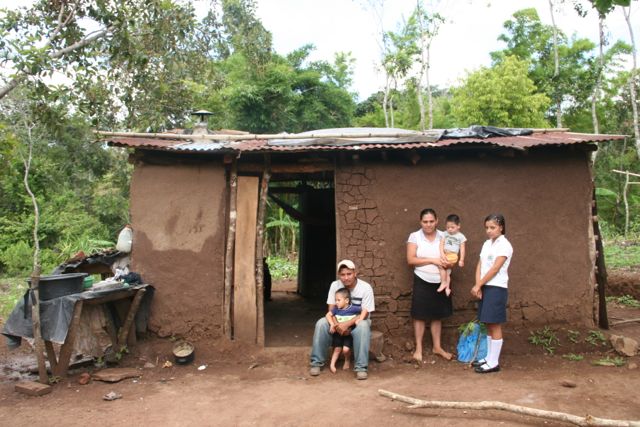 Norma and her husband, José, lived in a very run down house in the community of Sirigual. Their situation was very desperate, as they tried to care for two young children, Zenaida and Erick, in a one-room home with crumbling walls and dirt floors. But they were managing their struggle. However, with her third pregnancy, Norma faced a situation all mothers fear. Six months into her pregnancy, she gave birth to twin, premature boys, Osael and Antony. For many weeks, Norma and her young sons had to remain in the hospital. During that time, Antony grew stronger while his twin, Osael, did not. 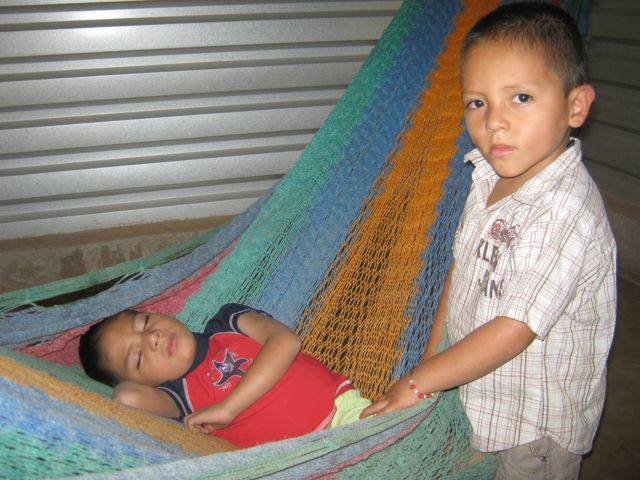 Finally, however, they were able to return home. Although their house was extremely dilapidated, they did the best they could and created a loving home. At 14 months old, Antony began to walk and loved to entertain his brother who had trouble hearing and speaking. Norma and José yearned to see Osael try to follow his brother, but he only watched. Norma would place him on the ground to encourage him to crawl, but he would cry, preferring to be held.

In 2013, the twins turned two-years-old and that’s when the local church, Siloe, began to work with community leaders to address the need for safe and secure housing. Since 2009, the church had been working with ENLACE and building stronger relationships with community leaders through a vairety of smaller projects. When they saw the way this family was struggling, both the church and community wanted to intervene. When a housing project was approved, Norma and José were on the top of the list. 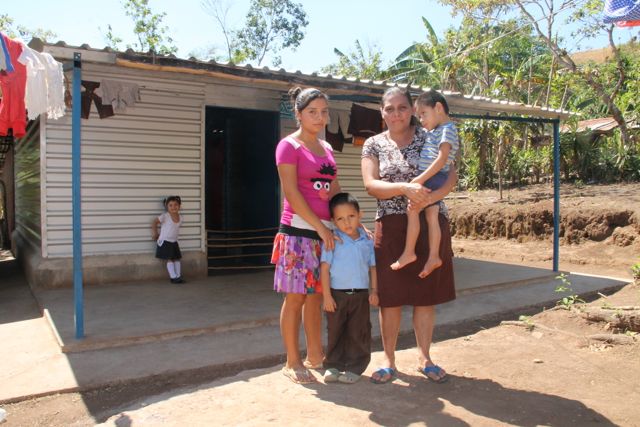 About a year later, they received their new home which now has proper walls, a sturdy roof, wide windows, bedrooms, and a front porch. But most importantly to Norma and José, it has a cement floor. When Osael entered his new home for the first time and his mother placed him on the floor, he didn’t ask to be picked back up right away. For the first time, Norma began to see something different happen. “I think that little Osael was so much more comfortable with the feel of something solid under his feet,” said Norma. “One day he just stood up, and since then he’s not stopped walking. Every day he does a little better, and I think he will continue to improve. I keep hoping, too, that one day he will start to talk and even say, ‘mama’.”

Norma is now a member of the local community association, a role she was at first hesitant to fill. 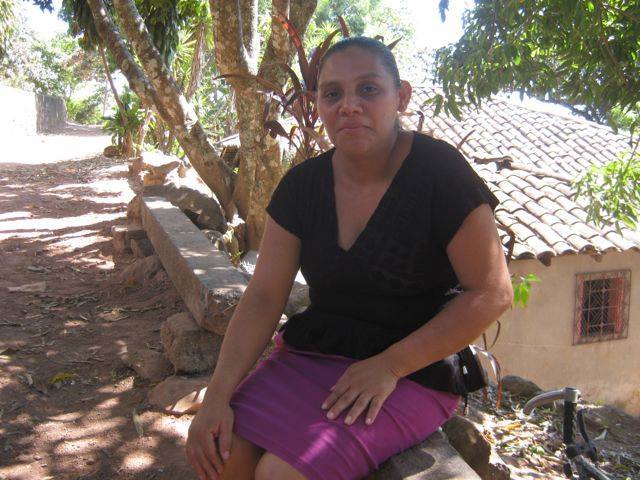 “They asked me if I would be on the association but I was scared! I wouldn’t know what to do. But they were persistent and I finally realized that I just need to serve. I am here to support others and it gives me great joy to help others the way I was helped.” 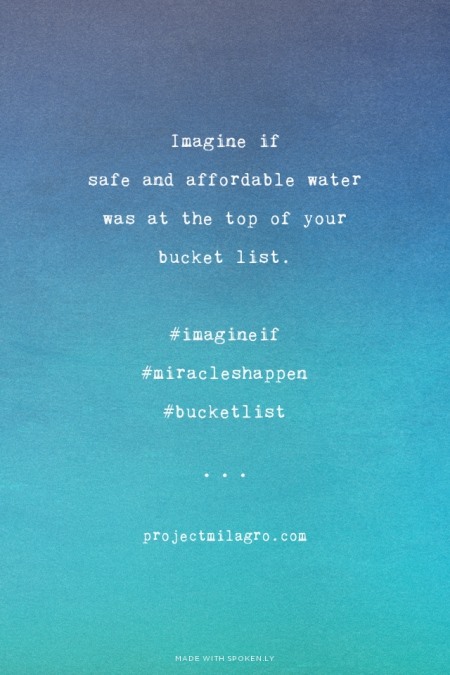 Despite caring for her disabled adult son, Marina continues to work towards the miracle of water in her community. You can help! Donate at ProjectMilagro.com/donate — en El Salvador.

Find out more about Marina’s quest to get water in her home and community at ProjectMilagro.com/blog. Just $25 helps one person. $175 helps and entire family. 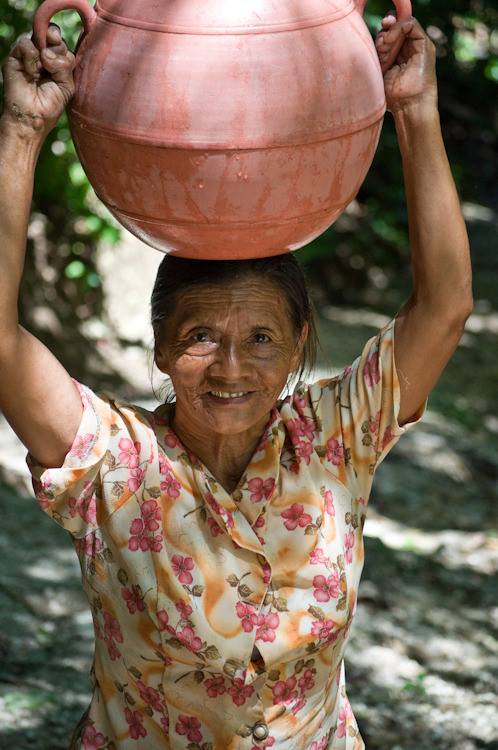 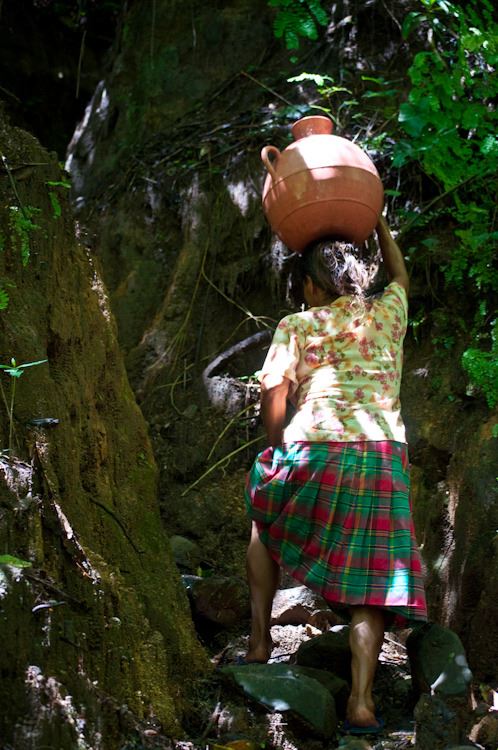 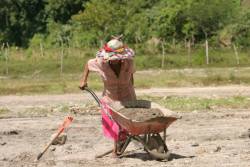 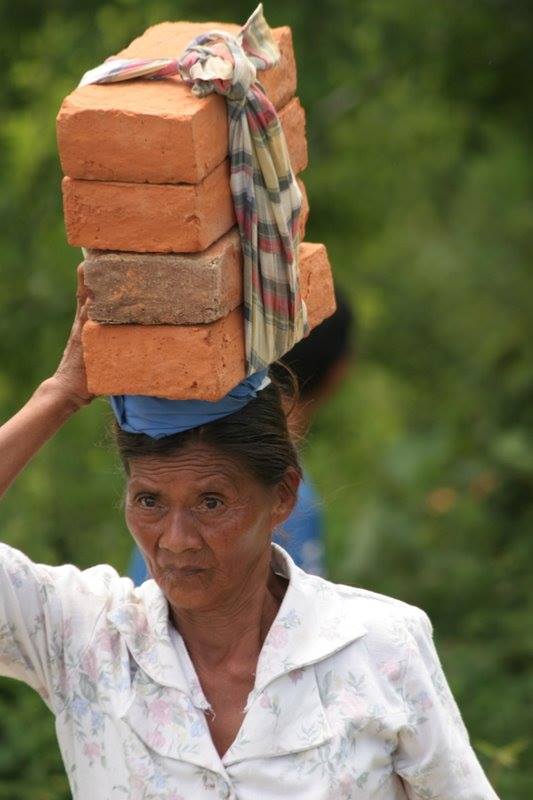 Buy your tickets today for the 2014 ENLACE Gala! Be a part of the miracle of clean and accessible water for over a thousand families in El Salvador! 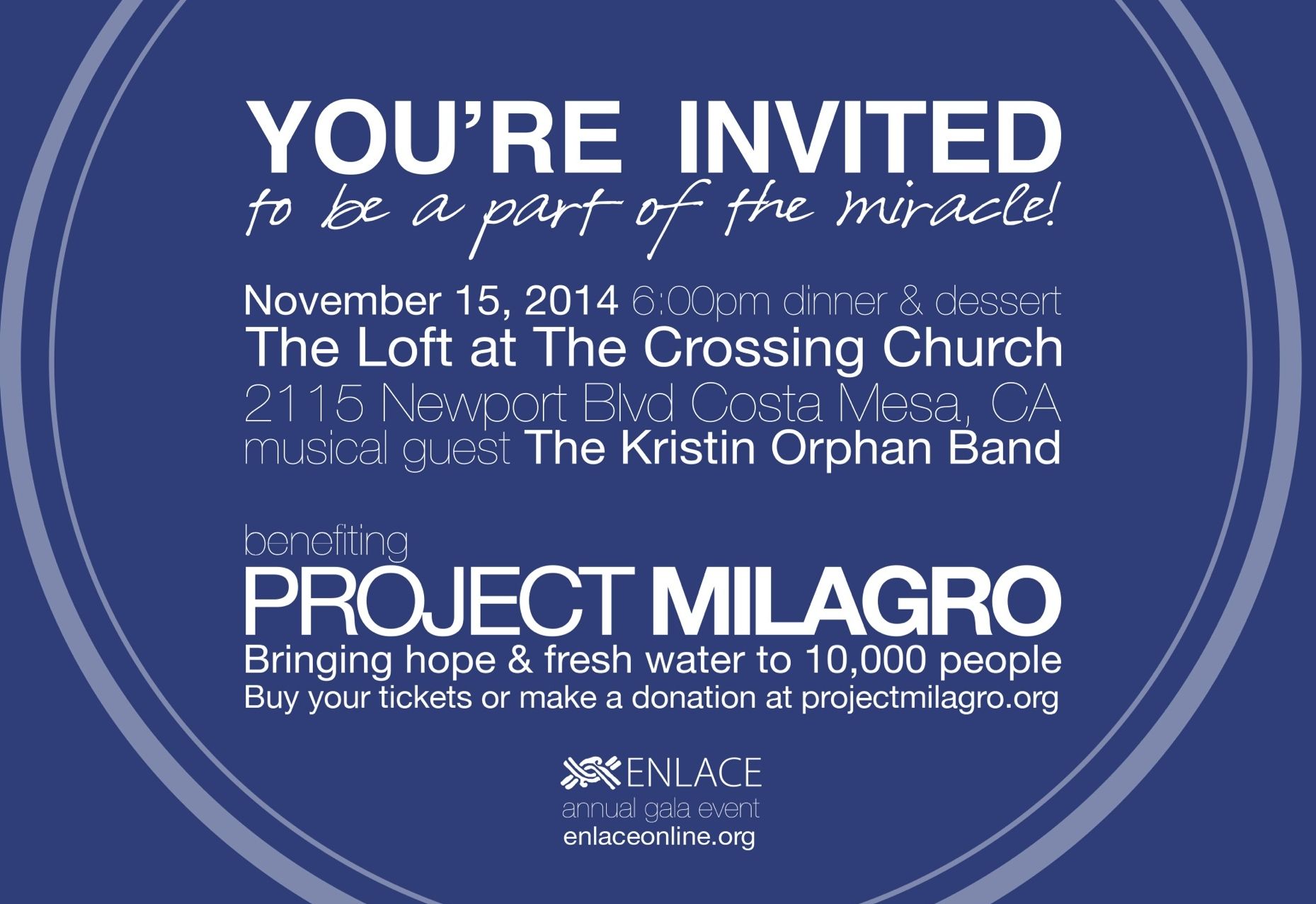 Flor and her little son FranklinIn many ways, Flor and José Hernández are a typical family in rural El Salvador. They have two young children and live in a simple home on a small plot of land. They work very hard but are very poor. Like most families in their village, they lack indoor plumbing. They haul water from a community well and use it for all their cooking and cleaning needs. And instead of indoor bathrooms they dig pits near their home.

In this community, the water table is not very deep. And unbeknownst to the Hernandez family, the pits used for human waste were leaking into the water supply making them and their entire village sick.

Pastor Juan RamírezAfter learning about the need, Pastor Ramírez and his church wanted to help. With ENLACE’s support, they teamed up with local health workers and other village leaders to create and implement a plan that replaced pits with eco-friendly “clean” latrines. The Hernandez family was among the first participants.

“We got our latrine three weeks ago and we have seen the difference,” said Flor. “We are so grateful.”

“God’s love can come in many ways,” said Pastor Ramírez. “Here we are building latrines that turn waste into fertilizer and don’t leak into the water table…From the very beginning we have been educating people about the importance of sanitation…The impact is very great! We just need to build more.”

Even though Juana is the hardworking matriarch of a large, industrious family, her home was extremely dilapidated and unhealthy. The rusting tin roof was a meager barrier to the glaring sun and drenching rains, and the cement plaster that covered some of the crumbling adobe walls was also coming apart. Sheets of black plastic held up with poles of bamboo provided extra “bedrooms” to house Juana, her ailing mother and her seven children.

While this dwelling wasn’t ideal, for Juana, it was at least something. Her first house was reduced to rubble in the 2001 earthquake that displaced over a million people. Juana felt herself lucky to have shelter, but soon after was laid off along with her eldest son from a silk screening business where they were employed. Around the same time, Juana’s mother fell and seriously hurt herself. She became housebound and Juana has cared for her since. All of Juana’s older children work hard at jobs, but get paid very little.

Receiving a new home has enabled Juana to better care for her mother in a clean and dry place while also creating a healthier and more stable environment for all the children as they work and study. They are incredibly grateful for God’s provision and for the love of those who have helped.

Juana stands proudly in front of her new home, a labor of love by her local church, community and international partners

Lorena and her family’s previous house, a dirt-floored lean-toLorena’s life has not been easy. Like many women in rural areas, she is a single mother with many family obligations. Before receiving a new home, she lived with her mother, daughter and her sister’s children while living in a one-room, rusted metal lean-to with dirt floors. She and her sister work very hard, but jobs are not always available and sometimes everyone is forced to go without food. When Lorena finds work, it is up to the children to take care of their grandmother, Margarita, who is homebound. For the children, attending school has not been an option.

When the Pan de Vida Church got to know Lorena and her situation, they began the process of helping her to build a new, adequate home. At first, Lorena said she was in awe. She never thought she would have a dignified house. Soon, however, her awe turned into industriousness and she dove into working alongside the church to prepare her home site. For many months, she cleared her plot of land, and because she is located on a steep slope where trucks can’t reach, she carried much of the materials such as soil, rock and sand, herself up the hill at night after returning home from work. When asked how she managed to shoulder that burden, Lorena said, “[My] strength is in the joy of hoping to have a beautiful home for my whole family!”